HISTORY OF THE PIERSON LIBRARY 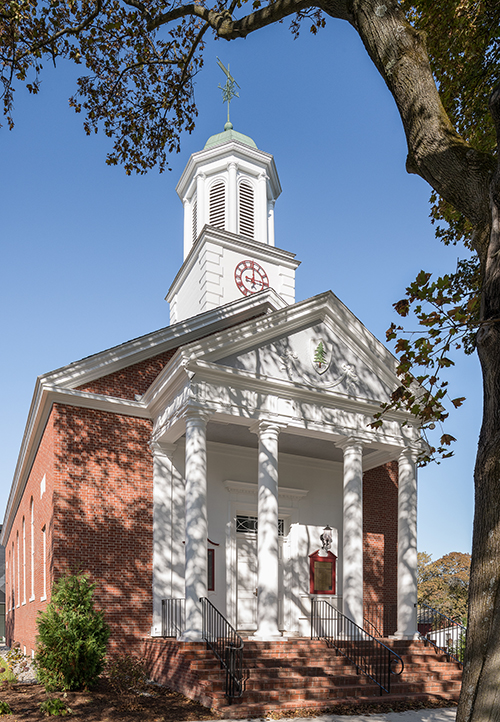 The first attempt to create a library for the Town of Shelburne commenced in 1888. The notes of the Board of Trustees reveal that about 100 donated books were delivered to the Post Office and circulated from that location. This first effort was not particularly successful, since the collection quickly became worn from overuse. In addition, many volumes were not returned.

In 1894, the Vermont Legislature enacted a statute aimed at promoting the establishment of free public libraries. At Shelburne’s Town Meeting in 1895, its citizens voted to adopt a resolution to create a town library, thereby furthering the mission of the new statute. A committee was appointed to pursue this goal and, later, a Board of Trustees was appointed. In the 1890’s a librarian was named. Apparently, the library was housed at several different venues during the period 1895 to 1909, including rented space and private homes.

At that time, a Library Building Club as formed and raised $456.93. The Town appropriated the maximum amount under law at the time: $915. Dr. and Mrs. Webb contributed $1,000 to the building fund.

Beginning in 1911, the Shelburne Free Library was housed in the “Greek Revival” building on the Village Green, now home to Jamie Two Coats toy shop. That building was originally a store built by Burgess Hall in 1816, later serving as a parsonage and apartments.

On July 28, 1922, the Shelburne Free Library was renamed the “Pierson Library” upon the bequest of James S. Pierson, who had spent his early life in Shelburne. By his last will and testament, dated January 17, 1893, Pierson offered a monetary legacy to the town conditioned upon the Town’s matching contribution, that the Library should be a free library, and that “the library shall be known and called for all time the Pierson Library.” The Library was to be modeled after the Fletcher Free Library in Burlington, Vermont. The Pierson bequest became operative in 1922, when James Pierson died. His legacy was $38,500, equivalent to $537,291 in 2017 dollars! The Town accepted the three conditions and contributed an equal amount to the Library. The monies were used to add two wings to the then-existing Library building on the village green.

By 1958, the Pierson Library was becoming overcrowded. In December 2001, it relocated to the former Town offices and Police Department as part of the Shelburne Village Center Project. In the 1980’s, a number of studies were undertaken by the Board of Trustees to determine how to address the Library’s shortcomings. This effort to solve the space issues  continued until 2017.

Finally, in 2018-2019 the library was rebuilt at this same location, along with restoration of the 1927 Town Hall, after voters approved a $6.5 million bond.  This was the first library designed to be a library in the 130 years of library services in Shelburne.  The project received state and national attention for its energy efficiency, design aesthetic, and responsiveness to community needs.

Shelburne’s population is now over 7,000. In 2019, the Library’s collection totaled 39,000 items and 102,000 items were borrowed. Audiobooks on CDs and DVDs comprise 23% of the materials borrowed in a typical year. There is also a library service that couldn’t have been imagined years ago: the provision of access to information technology. Computers, WiFi internet access, scanning and printing are all part of the Library’s services.  230 people a week use the library’s computers for email, research and word processing. The “modern” index of the library’s collection is now called KOHA and is also computerized. The modern library bears little resemblance to the original collection of books lent to Shelburne readers and the resources required to operate have increased substantially.